Stacey grew up in Placentia, CA , and moved around to various locations throughout Southern California before settling down in Placentia in 2002.

Her love for animals began at an early age as she grew up owning a variety of pets which included: horses, dogs, hamsters, birds and guinea pigs.

While attending Cal Poly Pomona she earned her Bachelor’s of Science in Animal Industries/Business Management with a minor in Biology.

Stacey’s history as a staff member began back in 1997 through 2001. She then left private practice and became a canine officer for the Department of Homeland Security from for five years. (Ask her to tell you some of her stories!!!) Later she became background investigator until she decided she missed private practice. Now, she is a huge help as the office manager at GAVH.

In her free time she loves to snow ski and play soccer with Kevin her husband of 16 years and her two daughters which are 9 and 10 years old.

Their family is completed by “Ruger and Kimber,” two German Shepherds,  “Indigo,” a retired black lab working dog, as well as “Penelope,” a skunk, and “Kiwi” the Cockatoo. 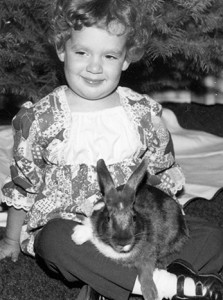